The history of Tarot dates back to 15th century. Tarot as divination tool has most likely been used for the last three hundred years. However, the cards themselves contain many symbols, which are believed to originate in ancient China, India and Egypt. 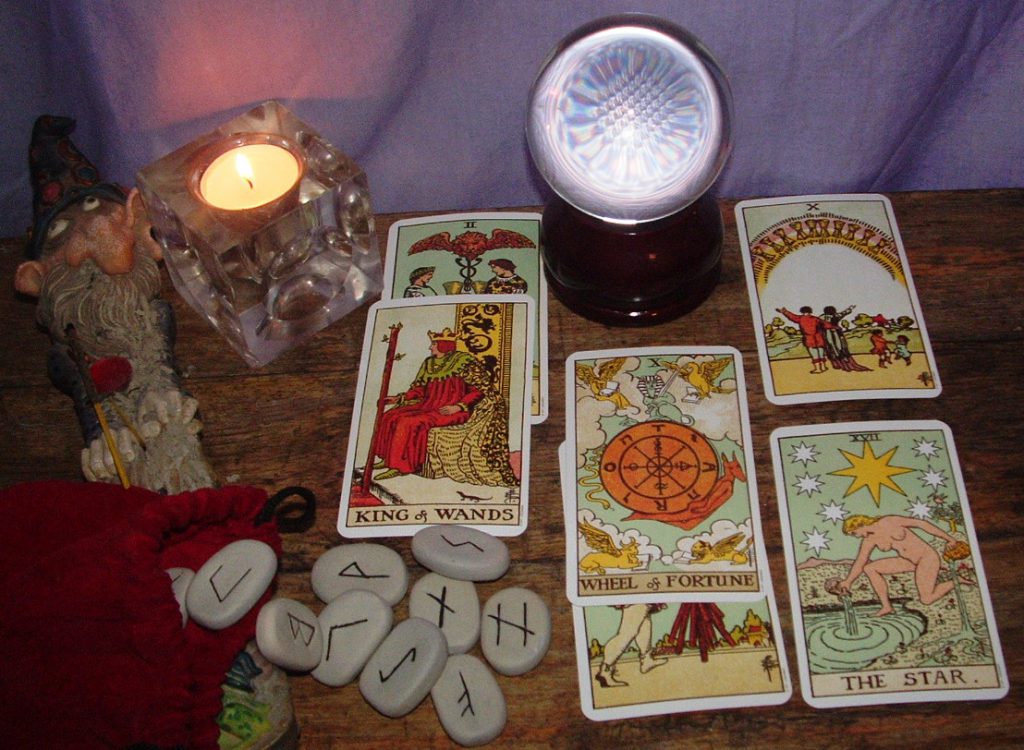 Traditional Tarot decks are divided into two sets, the core of Tarot, Major Arcana, consisting of 22 cards and Minor Arcana with 56 cards representing 4 classical elements, Air (Swords), Fire (Wands), Water (Cups), and Earth (Pentacles or Coins). You can view the the detailed meaning of the cards by following the links below:

Since Tarot cards are full of symbolism that carries multiple meanings, there are many variations for their interpretation. The card descriptions provided on this website are based on the traditional understanding of the cards supported by years of experience and in depth tarot readings. It is my belief that Tarot cards first and foremost are to provide understanding of our own feelings and actions and point us in the right direction for solving our problems. That is why, besides the basic interpretation of the cards, you will find here advice and spiritual guidance that each card carries.

The best way to predict the future is to create it.